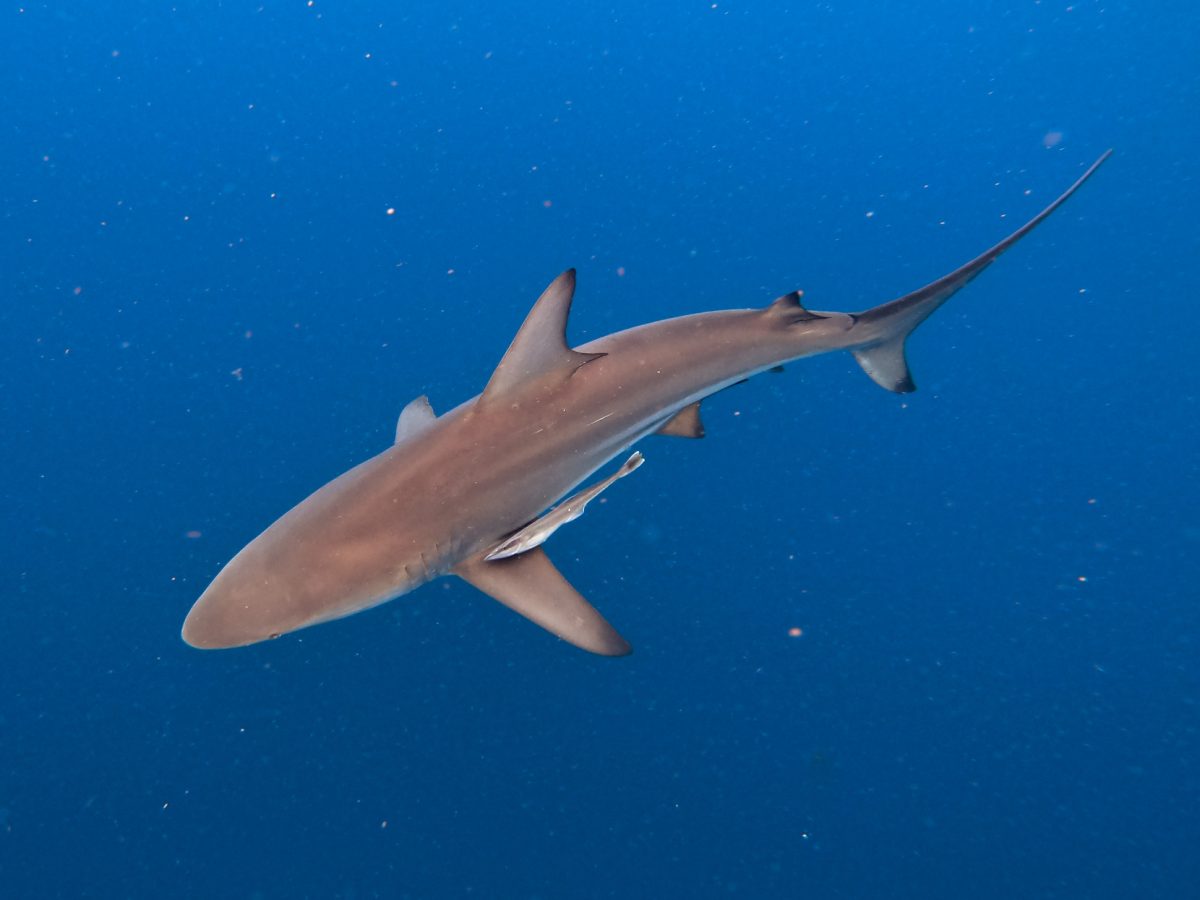 The most common sharks caught along New Smyrna Beach are blacktip and lemon sharks, which make up about 45% of the total population of sharks along the New Smyrna coastline. However, fishermen can also hook up bull sharks, hammerheads, bonnetheads and Atlantic sharpnose sharks as well.

You’ll even find some smaller sharks in the Indian River Lagoon, where some spend their younger years. Ponce Inlet, at the Northern portion of New Smyrna Beach, is where sharks can be found in more abundance. If you want to hook into some, a popular bait choice is a big, juicy bonita tied off to the back of your boat.

As for swimming in New Smyrna Beach, sharks get a pretty bad rap because there are thousands upon thousands of people entering the water to each shark bite incident. Sharks aren’t looking for a people popper when in search of their next meal. More often, humans can be mistaken for their normal food source. For instance, to a shark, a thrashing about human can resemble an injured fish and a surfboard can look like a yummy sea turtle.

That being said, you mostly just need to swim smart, keeping in mind that it is safer to avoid swimming where fishermen toss their chum, and swimming around sunset, when it is typically feeding time.

Sharks are actually a very good thing. They are fun to fish for, some of them are very delicious to eat, and without their contribution to the food chain, our marine ecosystem would be horribly unbalanced.